This is a summary of a session from the Money Management Institute’s Fall Solutions Conference that was held in October 2013 in New York City.

1. Do you need to pivot your practice towards retirement as your client base ages?

Deatherage, who was recently named to Barron’s Top 100 Women Financial Advisors, pointed out that the aging of investors will eventually affect the entire advisory industry.  The average Morgan Stanley client is 59 years old.  Retirement planning is an evolutionary process and advisors should be prepared to provide more customized planning services for their clients, she said.

Not only will the average client become older, but they will need more advice.  According to a survey by Lincoln Financial Group, 54% of affluent 70-year-olds found that controlling their finances throughout their lengthy retirement has proved to be more complicated than they envisioned.

The standard client meeting agenda at Risk Paradigm Group has changed from as recently as five years ago, Keifer explained.  The management of retirement income has become the top issue that clients want to discuss.  This runs parallel to traditional conversations about preservation, transfer and the gifting of capital, he noted.

In the past, it was common to base retirement planning on a 5.5% annual rate of return, Deatherage observed.  Recent studies have shown that an average return of as low as 2.8% should provide a decent probability of success (using Monte Carlo Analysis). However, in the current near 0% interest rate environment this could be tricky, she said.

2. Do clients still remember 2008 and is their decision-making still impacted by it?

Many clients are still afraid of market uncertainty due to their experiences from the financial crisis, Lodes shared.  There is a challenge that exists across the relationship spectrum to overcome the emotional responses from clients when discussing difficult issues such as wills and life expectancy.  Based on conversations with most of his 125 clients, they are concerned about running out money and it is beneficial to present them with the worst case scenarios so that they can be prepared for all possible outcomes.

3. How can advisors add value to Social Security decisions? 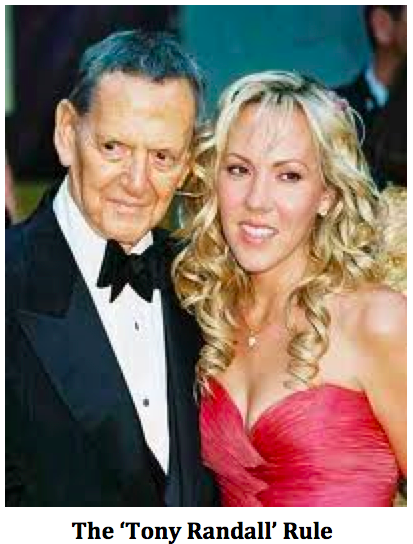 Social Security options can be incredibly complex, Deatherage explained, due to the arcane rules that apply in unusual circumstances.  Advisors should become experts in Social Security rules to assist clients in taking advantage in certain situations, she said.

For example, Deatherage described something she calls the “Tony Randall” rule: if you’re 66 or older and have children under the age of 18, you can defer taking your Social Security benefits until you are 70 and each one of your children can collect 50% of your benefits up to a total of 250%!

Fisk pointed out that the present value of inflation-indexed annuity, such as Social Security, assuming the maximum allowable contribution, approaches $1.5 million.  Advisors should pay careful attention to how a client is planning to take their benefits, he noted.

Lodes, who has been with Edward Jones in St. Louis for twenty-two years, pointed out that most investment products offered by advisors are not indexed to inflation.

Kiefer recommends seeing the regional specialists assigned by the Social Security Administration.  The advisor should accompany the client to the Social Security office six to nine months before the client plans to retire.  This allows the advisor to act as the interface between the specialist and the client and helps to explain all of the options in context.  He recommends meeting with two different specialists on different days in order to double-check their advice.

Related Content from Around the Web
What Is The Present Value Of Your Social Security Benefits?
How Much Is Social Security Worth?
Advisors disagree on retirement planning approaches

4. What are some ways to improve family engagement?

Understanding each client’s family dynamics should be a goal for every advisor, Fisk recommended.  It requires a comprehensive series of in-depth discussions, he said.

It is important to take a whole client view, Deatherage emphasized, and take the time to get to know the people in front of the money as well as those behind it.  She emphasizes to her nine-member team that they should always know who they are talking to and what their specific needs are.  It is standard in her practice, which currently manages over $1.7 billion in AUM, to do an estate plan for every client, since they have found that 95% of wills don’t reflect clients’ current feelings towards their family.

A HNW family with $20 million in assets fired their advisor when he didn’t give them the answer they wanted to hear about spending, Fisk related.  They decided they wanted to spend $5 million every year but the advisor told them that since they would probably live longer than 5 years, so it wouldn’t be possible without going bankrupt.

Fisk mentioned a survey that showed that a large majority of Millenials will not stay with their parents’ advisor because they don’t feel they have a relationship with himher.  Deatherage commented that she has someone on her team who is thirty years old who is often given the task of speaking to Millenials about their money, since they relate better to someone closer to their own age.

I wrote an article last year titled Inside the Minds of Barron’s Top Financial Advisors.  A recent industry study was referenced that found that when the primary financial decision-making responsibility in a UHNW family goes from the patriarch to the spouse, the average industry advisor retention rate is 44%.  However, when it goes to a child, the retention rate plunges to less than 2%!

5. Are people making tax-driven decisions about where to retire?

Kiplinger recently posted a report on the 10 Least Tax-Friendly States for Retirees. 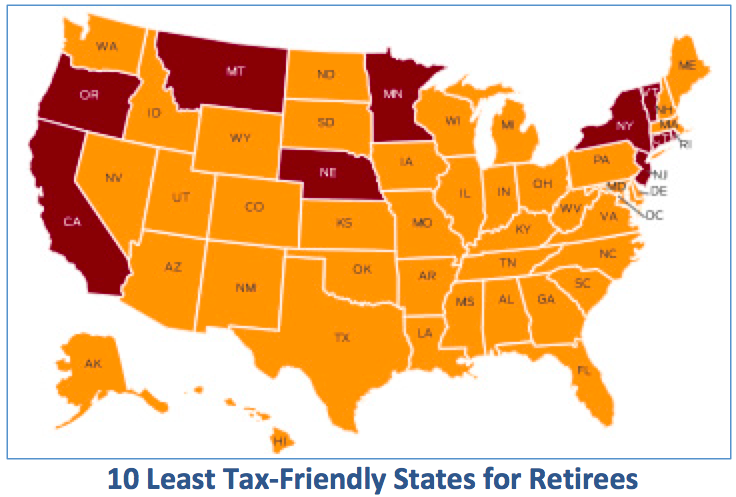 Rhode Island is sending a message to their residents that they should move to Florida when they retire, Kiefer noted.  This is mostly because they tax Social Security benefits at the same level as the federal government—up to 85%.  The state also taxes virtually every other source of retirement income, including pension income, he said.

Don’t take anything for granted, Deatherage warned.  Don’t assume that senior clients are driven to leave money to their children or that they have a specific charity they want to support.

There are different strategies that can be employed to reduce the taxes on charitable gifts, especially those made posthumously, Deatherage explained.  If you have a philanthropic client that doesn’t have the bandwidth to support their charity during their lifetime, the charity could be designated as the beneficiary of the client’s IRA or 401(k).  This will reduce “shrinkage”  since the gift will be exempt from both estate taxes and income taxes, she noted.

6. Should personal trusts play an important role in your practice?

Lodes agreed since practically all of his clients feel this way.  In a previous role as a Trusts and Gifts Officer at Tulane University, he saw many examples of alumni structuring personal trusts in different ways in order to achieve their goals.

One Tulane alumni was a commodities trader with three children, one of whom was a former Olympic sailor who had not worked for a number of years and was living on his boat.  The father wanted to create an incentive for his son to work, so he structured the trust so that money would only be distributed on a dollar-for-dollar basis to match the son’s generated W-2 income!

Many people in their 40’s don’t have wills because they don’t know who they can trust to raise their children in the event of their passing, Deatherage observed.

One option is to separate the custodial function from the financial oversight of a trust, Fisk explained.  This would work in the case where the client prefers one family member to raise their children, but a different family member or close friend to manage their finances, he noted.

7. What role should annuities play in your practice? 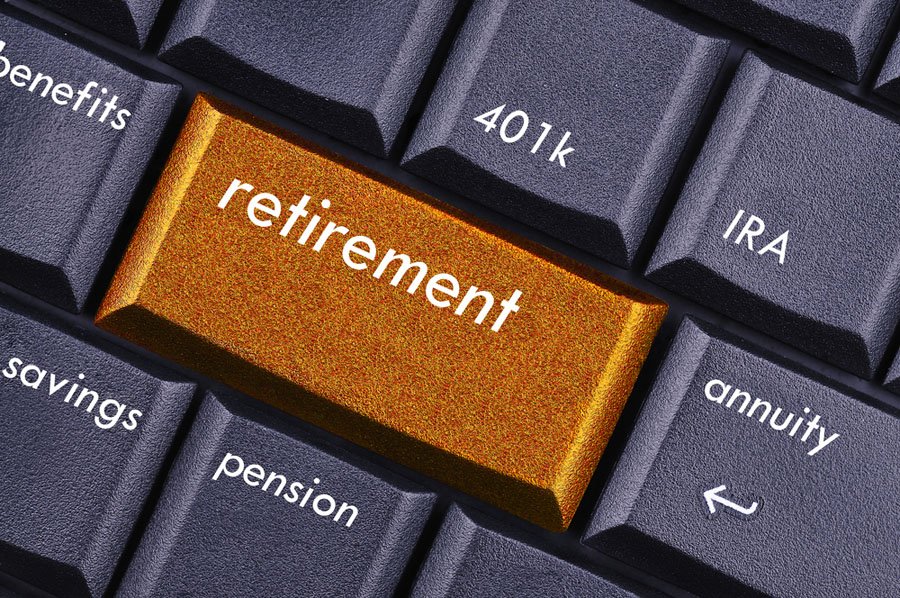 Fisk observed that annuities are the only product where you able to use the word ‘guarantee’.  Many clients are attracted by the promise of ‘guaranteed income for life’, he stated.

Deatherage’s practice doesn’t recommend annuities because she believes that they are too complicated for most clients to understand.  Many people don’t believe that Social Security, which can be considered to be the ‘ultimate’ annuity, will be around when they retire. So why would they believe that an insurance company would be safer in the long run than the federal government?

Investment products should be elegant and simple enough so that clients can understand them, according to Deatherage.  However, there is nothing less simple or less elegant than an annuity agreement with pages of explanation of things such as standard deviation, Monte Carlo Simulations and the underlying assumptions, she noted.

The more assumptions you make, the less likely that your plan will work out, Lodes noted, since the more sophisticated the process, the more confusion is possible.  What needs to be made clear to the client is the date when you estimate they will be able to retire, he said.

While risk is not a dirty word, Deatherage continued, client’s should be made aware of how much they’re taking.  Clients want to know about longevity risk and event risk and they want tools that provide them with a comfort zone so they can make better decisions, she said.

Performing a risk-adjusted analysis on an income stream isn’t as important as reassuring the client that you are prepared for all contingencies and can help them work things out, Kiefer said.