The top tier asset management firms have demonstrated success in their efforts at sales and product distribution.  They also oversee a loyal advisor base and have solid partnerships with key accounts.  Understanding their best practices and incorporating them into your firm can help you on the road to emulating their success

This article is a summary of a panel session from the Money Management Institute’s 2014 Annual Convention.  The topics that were covered included common traits of top distribution teams, benefits of different distribution models, training and certification recommendations and how to maintain profit margins in an environment with rising distribution costs.

According to Cerulli, asset management firms are moving away from organizing their salesforce by channel.  How is your firm’s salesforce organized? 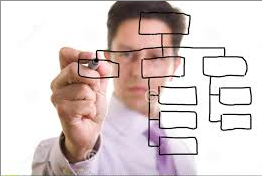 Supple explained that Fidelity has a 15-person dedicated team for the RIA space and another team for the broker-dealer space, which focuses on the top 15 firms in big money center cities.  However, the rest of country is not channelized, he noted.

Since Virtus is owned by an insurance company, their salesforce is divided into channels. They recently created a separate team to call on independents, to try and reduce their dependence on wirehouses.  In 2007, 80-85 cents of every dollar in revenue came from wirehouses.  With their growth in the independent space, that has gone down to 58-60 cents, he said.

“Advisors are the best salespeople,” Moninger declared.  A successful wholesaler needs strong facilitation skills in order to engage with advisors and convince them to sell your product for you.  (See Asset Managers Shifting Away From Salesforce Channelization)

How can you improve team efficiencies?

According to Lyons, different channels require different strengths in order to be successful in sales. This is especially true for wirehouses versus the independent space.  Wirehouse prospects have already had five people in talking to them this week and they only can give you 45 seconds to make your sale, while an independent might not have seen anyone for 2-3 weeks and can give you 45 minutes, he explained.

A McKinnsey & Company report in Feb 2014 found profit margins are 13% below pre-crisis levels.  The primary driver is escalating costs that have increased 3x faster than revenues, with the largest part due to sales and marketing rising 50% over the past five years.  However, 87% of national sales managers feel that wholesalers are paid appropriately based on their revenue impact.

The average holding period for mutual funds has shrunk to around 3.5 years, Cahill noted, but this is twice as long as the break-even point for most asset management firms.  Strong coverage and communication is necessary to keep assets on your books and maintain your profit margins, he stressed.

Only the top 10 asset management firms have easy access to advisors, based on their reputation and market share, Lyons stated.  The rest of the market looks like a “sea of sameness” and must differentiate themselves from the pack in order to survive, he stressed.

What are some ways asset management firms can increase their profitability?

The biggest challenge in the asset management side of the business, is aligning your compensation structure with the firm’s financial success, Supple emphasized.  You should avoid rewarding people for transactions and instead use measures that are good for the whole organization, such as holding periods.

Firms should avoid payment structures that weigh gross sales too heavily. At Fidelity, the amount of gross sales is a small part of their compensation.  Their bonus structure is driven off the financial results of the overall business, he noted.

Many asset management firms make a mistake after a successful year by binging on upfront costs, Cahill warned. They hire a bunch of wholesalers and flood the market, but this is the wrong way to go.  They should stay disciplined and do more analysis on which territories are right for your product and making sure you put the right person in each role to keep productivity as high as possible, he noted.

How is your wholesale desk structured?

Historically, internals have always been the schedulers, but ensuring a tight sales process with externals is key, Moninger observed.  The best external have strong follow-up skills and are responsive to advisors.  Some of the differentiators that make successful wholesalers include strong business knowledge, ability to leverage transition tools, and effective use of training, he offered.

As the manager of his firm’s internal desk, Supple recommended augmenting expensive face to face meetings with phone coverage.  Some advisors want a better relationship with their inside partner and less with their field partner, he noted.

It’s more effective to lead with industry content, rather than product, he pointed out.  This, combined with accurate segmentation of customers and prospects will improve your chances for success, he said.

No mater the size of your firm, data dependent distribution is important, Cahill claimed.  His firm has had success hiring former advisors who are looking for second careers, he reported.

What is your firm’s ratio between internal and external wholesalers?

What designations or degrees are required for your sales teams?

This depends on the role, Supple explained.  Wholesalers who are focused on RIA’s should at least have their CFA.  Those that give portfolio guidance should have both a CFA and a Masters degree in Mathematics.  For core broker-dealer wholesalers, CIMA is best, he stated.

A Certified Private Wealth Advisor (CPWA) certificate is required for the RIA teams at Eaton Vance, Moninger reported.  They encourage their core team members to get their CIMA.  You shouldn’t limit your knowledge to just capital markets, since it is also useful to know the end clients, he advised.

What is a good ratio of scheduling vs selling for wholesalers?

Scheduling is the #1 challenge for wholesalers, Cahill exclaimed.  While internals do very little scheduling, 90% of externals use a scheduling service that they pay for out of their territorial budgets.  Virtus doesn’t maintain a 1:1 ratio of internals vs externals to keep costs down, he stated.

Good internals know how to turn a sales call into a scheduling call, Cahill continued. They are able to get buy-in on an idea and then schedule an external to finalize it.  Internal and externals are integrated at his firm and collaborate often such as sharing their forward calendars with each other, he stated.

What is the best way to measure wholesaler productivity? 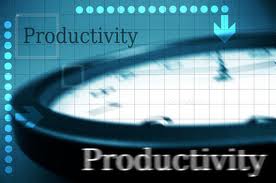 Fidelity gathers a tremendous amount of data, Supple explained.  So, they try to make it as painless as possible to gather a lot of information on a daily basis.  iPad app for advisor meetings, automatically tracks what is showed during each meeting. This relieves the wholesaler from having to write up reports. Track most effective literature, what led to the most sales, what is the most timely follow up. Their research has shown that you need to get back to the advisor within six days of the face-to-face meeting.  Looking for more effective interactions to build advisor loyalty. Loyal advisors = repeat business.

Counting activities is not effective, because it encourages fiction writing, Cahill explained.  This forces management into the role of detective to try and root it out, he said.

While you shouldn’t measure wholesalers by activity volume, it is well-known that the more contact you have with prospective customers, the higher your sales productivity, Cahill pointed out.  Pete Rose had the most hits not because he was the greatest hitter, but because he had the most at bats.  The specific number of emails generated or listed appointments isn’t important as the specific market share goal for each territory.  Whether it takes 20 or 30 visits per week shouldn’t matter, he reiterated.