“Acorns is not in the asset accumulation business. We are building a consumer brand that sells financial products.”

Some companies have a mission statement and some have a corporate vision while others have both.

At Acorns, the micro-investing app, they have a mantra. Inspired by the mighty oak trees rising from forgotten seeds, the company gathers up many small transactions and deposits them into investment accounts. Then compounding interest and modern portfolio theory can work their magic over the years.  The result is growing nest eggs for millions of people who might never have saved anything at all.

In a presentation at the American Banker’s recent Digital Banking Conference 2018, Acorns’ Chief Commercial Officer, Manning Field, delivered some insight into what has driven the company’s impressive growth over the past six years as well as offered some impressive statistics, and took a bit of a victory lap when describing the success of some of their new products

He started off by describing their process for on-boarding new users. Their objective is to simplify the act of becoming an investor and ease them into the habit of building wealth slowly over time.

It is a strategy tailor-made for small balance, low opportunity accounts — a market Field believes traditional financial services have ceded to Acorns. Since launching in 2012, they have grown to over 3.5 million accounts and $800 million in AUM. In addition to their micro-savings app, Acorns has launched a retirement savings platform (called “Later”), a loyalty program (“Found Money”), a debit card, and an educational content site.

There are striking parallels between Acorns’ strategy and how retail branding strategists approach growth. A brand typically identifies a target market and builds campaigns to deliver on market needs. Growth and profit naturally follow.

When Field told the gathered group that they aren’t in the asset accumulation business, but are really consumer branding people, Acorns’ unconventional course to success clicked into place. 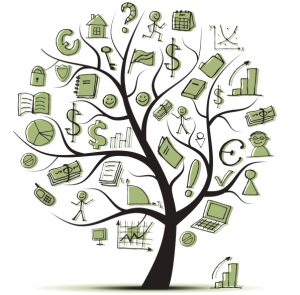 From the beginning, Acorns has heavily focused on user experience. The company’s fundamental responsibility, Field emphasized, is to help people earning under $100K a year make better financial decisions. These customers form 90% of their user base, with 68% of those being Millennials.

This is not just a starting point for the firm with hopes to move upstream and attract more HNW clients. They believe that the under $100K segment is their core and they’re sticking with it.

CEO Noah Kerner recently emphasized this point when he stated, “We’re not a wealth management platform for the 5%… I don’t give a fuck about people who have money. I’m focused on people who are working hard to achieve the American dream.”

In response, Acorns developed in-house technology to make their client onboarding process incredibly easy to use and quick. The entire new user registration process takes around 3-5 minutes, Field claimed. There’s also a 40 person team standing to answer customer questions via phone, chat, or email should they run into issues.

Grow Magazine is Acorns internally developed personal finance content site logging 500,000 unique monthly visitors. Adopting education as a product line and integral to user retention, the company hired journalists to take on the task of expunging the fear from finance for their customers.

Their first trial period was as wildly successful as all of their other products. Customers who were exposed to the educational content during the high market volatility after the UK’s Brexit vote, were thirty times less likely to panic and withdraw funds than those who did not view the content.

Field reported that the average customer collects around $32 in spare change per month. As they get better educated and build confidence, users can start expanding their balance through recurring investments. The app enables to scheduling daily, weekly, or monthly transfers to invest alongside any spare change collected. 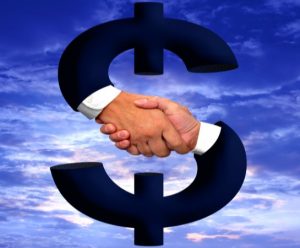 As brand people, the Acorns founders worked hard to understand their target market so they could best meet their customer’s financial needs. To amplify their impact, the company has developed a unique set of relationships with deep-pocketed partners including PayPal and BlackRock.

Field stressed that mission alignment is a common aspect of every one of their partnerships, most of which also include a corresponding investment. Paypal led a $30 million investment round in Acorns because both firms saw synergies that could be leveraged.

As part of the deal, PayPal allowed Acorns to connect to their platform to round up mutual customers’ transactions. This is part of PayPal’s long-term strategy to convince their users to shop with money stored in their accounts rather than using credit or debit cards.

Paypal has also developed connectivity that allows users to send direct money transfers into their Acorns accounts to supplement their savings as well as setup recurring investments. This benefits both companies as it gives Acorns access to PayPal’s 237 million users, to increase their brand name recognition and hopefully encourage some to open accounts.

The growth in PayPal’s user base has been slow and steady the past ten years, which would be fantastic for a company in almost any other industry. But in the world of online payments, slow user growth is seen as a sign of weakness.  Especially considering that their total payment volume from 4Q’17 to 1Q’18 was essentially flat at around $132 billion, partnering with Acorns can offer their users another opportunity to use their payment network.

Acorns has also entered into partnerships to create new products. Their latest deal is with asset management giant, BlackRock, who invested $50 million at an undisclosed valuation. According to Field, it was motivated by a mission to solve the retirement crisis in the next generation of investors. This directly led to the development of Acorns’ new IRA product called “Later” (see below).

The benefit to BlackRock, which manages over $6 trillion, of this seemingly tiny investment, would be to get in relatively early on Acorns’ mobile-based investing model.  While BlackRock has a huge advisor-based sales business, they clearly want to move closer to consumers. Acorns has some special sauce when it comes to building financial relationships with younger demographics that BlackRock covets.

Cash Back and More

As part of their drive to integrate investing into every user transaction, Acorns has built an affiliate network, called Found Money, with some of the largest retail and consumer brands including Apple, Nike, Walmart and Airbnb.

Found Money operates like a cashback program. Anyone with an Acorns accounts can click a link through to a retailer’s website and and make a purchase. The sale is registered and a small percentage of that transaction is added to the consumer’s Acorns balance.

The goal is to extend their wealth management relationship across brands and deepen customer loyalty. Though most of the cashback bonus goes to the client, Acorns also receives a small amount from every transaction, creating a nice secondary revenue stream, Field noted.

The concept of retirement is solely a function of the tax code and not a consumer mindset, Field asserted. That’s why their new IRA product is called “Later”.  The fact that they even gave their IRA a separate brand name shows how they think differently than almost any other wealth management firm.

The launch of Later is tightly tied to their partnership with BlackRock. The two firms have a shared mission to help solve the retirement crisis, Field explained.  “The timing of that investment and the launch of an IRA product is not a coincidence.”

This product has been a runaway success. Within five weeks of launch, they opened 120,000 new IRA accounts. Staying on point with the rest of the Acorns brand, Later simplifies and automates a traditionally tedious process with the signup taking only 90 seconds, Field claimed. 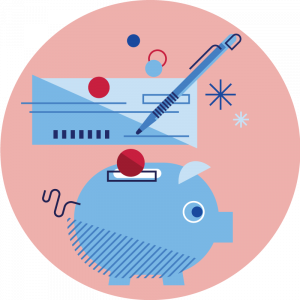 In May, Acorns debuted Spend, a debit card that executes transaction round-ups in real time. In their first two days, existing customers opened 50,000 new checking accounts so they could take advantage of the Spend card.

Field elaborated on the reasons behind Spend:

“The idea of interoperability between a securities account, a core spending account that’s designed with the data science that we have and the education that we have, we think that this is the future of what the financial relationship is.”

The American Bankers Association estimates the annual cost to a bank to maintain a checking account is between $250 and $400 per year. But much of this is due tot heir branch network, which Acorns does not have. Their cost could be just a tenth of this, $25-$40 annually, a quarter to half of which they get back in the $1/month fee (this is in addition to the $1/month fee for their Acorns investment account). They could could easily make up the rest and turn a profit from net interest income and debit card transaction fees, depending on the average balances and number of monthly swipes.

For traditional banks, their profitable checking customers average 15 debit swipes per month. It would be interesting to see how many the average Spend customer makes.

Acorns’ most successful marketing channel has been word of mouth. In a time where companies are dropping record amounts on social media marketing, it is fascinating that Acorns attributes over 50% of its record user growth to the old fashioned referral.

Every month, Acorns acquires 150-200,000 new investment accounts. That said, the biggest drop offs are seen within the first two months after a customer opens an account.

Acorns found the average customer logs into their app 19 times a month. Improving that experience is what will drive brand loyalty, Field suggested. It is a different approach to legacy wealth firms where that many log-ins could indicate potential client churn.

At $1 a month for its basic users and $2 with Later, Acorns is a simple investment. But it isn’t cheap. If the average account adds up to $400, investors annually earn 30 basis points at $12. Is the return worth it? Fields claimed it was, offering Found Money and Grow as qualifying the cost.

With a mission-driven model, Acorns combines branding strategy with wealth management opportunity that work together for the benefit of their millions of clients.

To build a successful brand, a company must strive for originality, consistency, and consumer loyalty. So far, all three have formed the framework to Acorns’ surprising growth in an industry where innovation is scarce. Whether it continues to grow mighty oaks out of acorns for its consumer is an endeavor that will be interesting to follow.