“Companies don’t fail because of poor product execution, they fail because they don’t eat the dog food.” — Andy Rachleff, co-founder and CEO of Wealthfront

The CB Insights’ Future of Fintech 2018 conference began with a series of interviews with industry rebels. Taking centerstage were those who had lit the spark that sett off a long overdue revolution in financial services.

No section of the market is being spared. From commission-free stock trading to penalty-free consumer financing to personal loans and retirement savings, these startups are covering an ever-widening swath of finance.

The founders of fintech firms Affirm, Robinhood, Wealthfront, and Marcus described their ascents and strategy and revealed a common ethos — to build a new system, they needed to gut the old, broken one.

This consumer-driven approach has been successful so far. Marcus reached 1.5 million customers in the second quarter while Affirm’s recent funding round closed at $200 million. Robinhood recently passed 4 million brokerage accounts while Wealthfront has amassed nearly $11 billion in AUM.

These startups have followed a two-fold path to success. The first is that digital financial services require total buy-in on their vision in order to succeed. The second is keeping client trust at top of mind to defend their turf from traditional financial services firms that are pushing back against the revolution.

Why are banks still relying on FICO scores to make credit decisions? This was the questions posed by Paypal Mafia member Max Levchin, now the co-founder of startup lender, Affirm,

Traditional underwriting models do a poor job of representing the future earning potential of young professionals, Levchin complained. They also do nothing to alleviate feelings of disenchantment towards credit cards among today’s younger loan seekers, he noted. 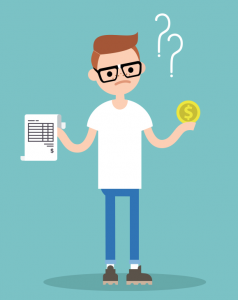 One reason for these feelings is the anti-consumer revenue model driving most lenders, Levchin explained. It is primarily based on the assumption that people will miss one or more payments and get hit with late fees and snap increases in their interest rates.

A recent TransUnion study showed that Millennials generally have fewer credit cards and carry lower balances. While their parents use credit cards  pay off their cards at the end of the month, younger generations instead view them as installment loans, Levchin noted.

In a system where good credit is critical, Levchin rebuked large banks for pushing users to take on credit cards that eventually land them deep in debt. Calling the practice immoral, he launched Affirm in 2012 to create a framework that gave users tools to overcome their debt challenges instead of penalizing them for it.

The company partners with over 1,200 merchants to offer easy financing both in store and online. With their mobile app substituting for a credit card, the company offers instant loans at a flat interest rate. Affirm’s latest service is a no-interest payment option on purchases of any size via three monthly installments.

With Affirm, Levchin claims to be building an honest financial institution that does not charge any late fees. Since late or missed payments will affect consumers’ credit and eligibility for future loans, Affirm automatically sends out regular reminders when a payment is due. This is in everyone’s best interest, since the company only makes money when clients pay back their loans.

Aiming for inclusivity and transparency in its services, Levchin stressed the importance of consistent innovating to improve the client experience. Maybe that explains why the company’s has the country’s second best Net Promoter Score behind only Elon Musk’s Tesla. It seems as though the two former Paypal employees have had similar success in delighting their customers.

If you believe Walt Bettinger, CEO of Charles Schwab, competitors offering free trading are being disingenuous because “they’re offering subpar execution on the purchase and sale of their stock”.

Free trading startup Robinhood’s co-CEO Vlad Tenev responded by pointing to the history of customers getting ripped off by high commissions when trading with traditional brokerage firms. This nearly five-year-old startup’s target market is different from Schwab’s customers, he pointed out.

Robinhood found its audience when the company watched users deposit large sums into their accounts during the market slump in 2015. They weren’t after investors planning for retirement. Their target market consisted of new investors, trading on highly regulated marketplace via a mobile app.

The company’s revenue model relies on margin trading through its subscription product, Robinhood Gold, and interest on cash balances and stocks. In a single day during a recent market runup, the company added more than 200,000 new accounts.

The company recently closed a Series D round of $363 million, at a $5.6B valuation, which might sound excessive, but is 50% less than what Stripe had at the same point in its history.

Tenev explained that the company’s growth was due to their success at targeting high-potential talent, staying frugal and small (less than 200 employees), and starting things out with minimal resources. They direct their focus on rolling out new products that they believe will dramatically build their customer base.

In sync with their goals, the startup is betting big on another trend that could rock the system — cryptocurrency. In February, Robinhood announced the ability to trade the cryptocurrencies Bitcoin and Ethereum in 16 states without commissions. Their offering is in contrast with the high fees charged by other crypto exchanges.

But for a company already defecting from traditional trading models, it is a shrewd approach. Robinhood believes in the potential of crypto and sees it as an asset with staying power. Furthermore, Tenev stated the company’s goal isn’t to make money off crypto trading, but to use it as a loss leader for their other businesses.

After a successful career as one of the co-founders of VC firm Benchmark Capital, Andy Rachleff was struck by what he saw as the mess plaguing consumer finance. Consumers were struggling against an infrastructure seemingly designed to defeat them. In co-founding Wealthfront, one of the first robo-advisors, he aimed to build an effortless and convenient automated investing solution.

Targeting the digitally-savvy demographic aged 45 and under, Rachleff pointed to Vanguard as the firm’s guiding star. Like the global investing giant, Rachleff’s goal was to always place their clients’ interests first. Instead of hiding their fees as many banks do, the service provides an open planning and investing experience. One that is also punctuated by the consistent adoption of new technology and products.

According to a recent Charles Schwab study, 75% of their Millennial clients said they preferred a human financial advisor. Rachleff called the finding heresy and outdated. He pointed out that Schwab’s average client age is 58, and that their younger client base is nearly zero. Schwab’s Chief Digital Officer, Neesha Hathi, offered a counter statistic at the Invest 2018 conference. She said “In 2017, 54% of our new clients were 40 or younger.” (See Digital Digest from the InVest 2018 Conference)

Rachleff argued that algorithms are much better at implementing investing rules than humans. Referring to the popular business classic, Crossing the Chasm, he expressed faith in the fact that every tech product fosters its own unique rate of adoption. Wealthfront is currently running a 90% gross margin, Rachleff reported.

The financial goals of Wealthfront users are also surprising. Instead of planning for retirement, their foremost concern is whether they can take six months off work with no restrictions. In response, Wealthfront is in the process of unveiling an automated product to help determine exactly that.

In terms of Wealthfront’s future, Rachleff underscored his deep-seated belief in the evolving nature of software and how it will continue to improve over time. In that context, customers of Wealthfront can expect bigger and better things.

To gauge the success of his company, Rachleff asked analysts to stop looking at the magnitude of results (i.e. company revenue or number of users). But instead to focus on the rate of change, he suggested, as he justified an optimistic outlook for the future of robo-advisors and financial services.

Talwar identified three issues with the current financial system that he wants Marcus to address:

As a self-described “startup with a 148-year-old DNA”, Marcus plans to tackle these issues through an open architecture platform, Talwar explained. Their strategy is to better connect consumers with their finances, make the borrowing process fun and offer some of the highest interest rates on the street.

Alongside the other fintech startups, Marcus is also fixated on reforming an outdated consumer finance market. Talwar insisted that Marcus was not fighting against the much-reviled credit card industry, only against their practices. The company wants to help its users spend, borrow, and plan while remaining protected from predatory business practices.

Talwar wants to make Marcus’ loan products more flexible while scaling up and developing new innovations.  One idea that is in the works is a partnership with Apple for a point of sale credit product, similar to Affirm. It will allow consumers who are purchasing Apple devices to take out a small loan instead of paying with a credit card.

These “instant” loans could help Apple nudge fence-sitting customers over the hump of buying a $1,000 phone, while providing Goldman with access to this $500 billion market.

Marcus also has a policy of not lending money to those who do not have the ability to pay it back, Talwar stressed. This will be a big help since they do not plan to securitize and sell their loans like traditional lenders.

Marcus’ recent acquisition of Clarity Money is aligned with their goals of a simple user experience, open data, and talented resources, Talwar noted. With this combination, he emphatically said Goldman plans to always be on the side of the customer.

The tinderbox of the financial services revolution has undoubtedly been ignited. This group of startups are fueled by their own mission and a customer-driven focus to transform an outdated order. For the legacy players, a reassessment of strategy is vital.

These startups have generated billions in value by reinventing traditional investing and lending practices while keeping their client’s best interests as their top priority. They’ve done so with a framework that is both prudent and prescriptive, focusing on technology more than marketing of their products. In the investing and lending markets, a changing of the guard now seems inevitable.