“Good ideas are always crazy, until they’re not.”

When Envestnet CEO Jud Bergman announced that his company was shelling out just under $600 million to buy data aggregator Yodlee, saying that the market did not approve was an understatement. The firm was blasted by both the press and equity analysts, who scoffed at the 50% premium Envestnet was offering and wondered aloud why they were “buying the cow when you can get the milk for free?”  These factors helped drive Envestnet’s stock price down by 35% the day the deal was announced.

Boy, have things changed since then.

Since that fateful August day in 2015, Envestnet’s revenue has almost doubled (~$800mm vs $421mm) and their stock price has followed suite with more than 100% increase (from Feb 2016).  A steady stream of new product announcements including expansion of their APIs for developing payment solutions and their AI-powered FinCheck app (which won a Best in Show award at Finovate 2017).  Bergman’s vision of a new era where data becomes the unifying force connecting advisor and consumer networks has been validated not only by the stock market, but by new M&A in the data space. (See Envestnet Rebrands ENV2 as a Financial Wellness Platform) 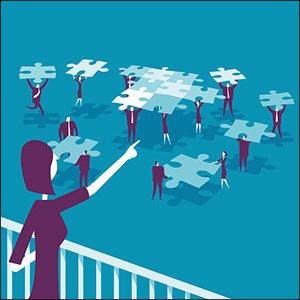 Data aggregation vendor Quovo is being acquired by Yodlee rival Plaid for just under $200 million, per Bloomberg News.  This is Plaid’s first acquisition and comes on the heels of a big capital raise of $250 million in venture funding.  Plaid has quintupled their valuation to $2.65 billion from just $500 million in 2016.

This deal is important for a number of reasons. First, it demonstrates that holistic coverage of data across both retail banking and wealth management is critical for companies that want to succeed in the finance space.  Plaid’s business is primary in retail banking while Quovo’s is in investments, so that’s complimentary.  While Quovo has some coverage of banking, it wasn’t anywhere near what Yodlee or Plaid provided.  This is apparent from the differences in valuation.  Acquiring firms and VCs clearly value retail bank data and connectivity over the same on the investment side.

Second, Data aggregation has moved from an optional feature to table stakes for every banking and wealth management platform vendor.  Quovo was one of the biggest beneficiaries of the Yodlee acquisition, as many of Envestnet’s direct competitors went looking for alternatives data sources. But the hunger in the market for digital advice is more than any one vendor can satisfy, which is why we have so many (see below). (See The Data Whisperer: How Yodlee Plans to Revolutionize Financial Advice)

But as in any growing market, only the largest and/or most innovative vendors will survive. Many of the smaller players will be gobbled up, like Quovo, by competitors with deeper pockets and a desire for scale. Aggregation is quickly becoming commoditized, so scale will be critical as profit margins become thin.

Third, it validates the price Envestnet paid for Yodlee. According to InvestmentNews, Plaid’s revenue last year was close to what Yodlee was generating four years ago, around $90 million. Plaid’s business model is very similar to what Yodlee was when they were a standalone entity. They both built platforms with robust developer tools that enabled fintech firms to pull retail banking data for their customers. They also both are marketing their tools as able to deliver credentials, and manage user authentication in a secure manner.

As aggregators, they both had wide coverage across thousands of financial institutions that facilitated use cases such as personal financial management, lending and mobile banking.

So, if Plaid’s value is now approaching $3 billion, an argument could be made that the Yodlee business is worth just as much, if not more now, since they have had four years of additional revenue growth.  Yet, Envestnet’s total market cap is just $2.44 billion.  (See 5 Reasons Why the Envestnet Acquisition of Yodlee Was Brilliant)

Advisors Behind the Curve

It seems that the VCs are peering into the future where a holistic view of clients’ financial lives becomes ubiquitous, even though most financial advisors don’t see the need. But this wouldn’t be the first time that advisors are behind the innovation curve.

Plaid and Yodlee have the broadest exposure, especially in banking (i.e. checking, credit cards), this is less important to financial advisors since they don’t use expense data, unless they’re doing budgeting, which is rare.  While clients prefer to see all of their data in one place, they don’t necessarily want their advisors to see it.  This could lead to more clients going to robo-advisors like Personal Capital that offers free PFM tools.

One trend that helped the most well-known aggregators is that client firms are demanding higher levels of accuracy in held away data. While every aggregation provider connects with thousands of financial institutions, the quality of data they receive and reliability of the connection can vary widely across vendors. There is a movement of technology firms to become “aggregators of aggregators” where multiple feeds are used to provide better coverage across less common data sources as well to provide redundancy in case of outages, which are not uncommon.

Another concern for aggregation vendors is that many financial institutions have implemented two-factor authentication, which is breaking connections and requires manual intervention by advisors in order to re-synchronize client data. To resolve this requires API gateways like Plaid and Yodlee have built that provide structured methods to leverage authentication protocols rather than manually entering user credentials. (See Comparing The Best Digital Advice “Robo-Advisor” Platforms For RIAs)

Could the Plaid purchase of Quovo be the first in a new wave of M&A in the aggregation space? When we started looking into aggregation years ago, there were only a few vendors out there. Now there are more than 20 providers of B2B data aggregation services. Some are owned by large companies who acquired them in prior transactions.

It is difficult to compare data aggregation vendors, due to the opaqueness of their technology and sheer quantity of data that they process on a daily basis. There are no public evaluations of the coverage, consistency or accuracy of data aggregation vendors. The only information available is anecdotal from speaking with wealth management vendors that utilize their services.

As data aggregation becomes more of a commodity, firms have shifted more towards the Plaid/Yodlee model of building out their APIs and branding themselves as platforms for building financial applications.  (See HNW Clients Are Driving Banks to Expand Digital Advice Solutions)

This is a list of data aggregation providers that are owned by large companies or where the original firm grew big enough to be considered one of the leaders in the space:

These are the smaller aggregators in both banking and investments that could be scooped up by larger players or could use new funding rounds to acquire each other:

These are pure API providers in banking that could be acquired to add/enhance the capability that aggregation vendors may lack: