Unified Managed Accounts (UMA) never achieved the expected market domination or lived up to the peak hype that existed before the financial crisis.  Now, it is just another managed account program, alongside Separately Managed Accounts (SMA), Mutual Fund Wrap (MFW), Rep-as-Advisor (RAA) and Rep-as-PM (RPM).  While UMA currently holds only around 12% of all advisory assets, according to data from MMI and Dover Research, assets have been growing at a faster rate the past few years than other programs.

Some analysts are bullish on this trend accelerating:

UMA offers a robust, scalable program that can both consolidate accounts and meet the needs of many HNW and UHNW clients. The problem is that many wealth management firms can not operate UMA programs as efficiently as their technology vendors have promised.

Running a UMA program can be a royal pain for the majority firms that don’t have the scale of the top sponsors. From wrangling manager contracts to model management to sleeve performance and cash management, there are a lot of moving parts. A break down in any of them can result in delayed processing, increased costs and potentially upset clients.

As well-known UMA experts, my firm, Ezra Group, has worked with both sponsors and their vendors on some very complex UMA implementations.  We have learned from experience that not every company has the operational chops to keep a UMA program running smoothly.

This combination of industry hype and operational complexity has contributed to the rise of UMA outsourcing to turnkey asset management platforms (TAMP’s) such as Assetmark, SEI and Envestnet. TAMP’s provide a wide range of services from basic overlay management using the client’s technology platform all the way to complete outsourcing that includes overlay, operations, trading, investment products and the underlying technology platform. 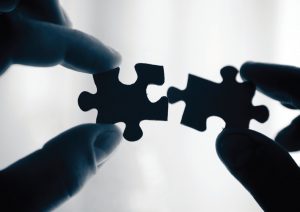 Most commonly, the outsourced overlay manager is part of a TAMP and uses their own technology infrastructure to manage the client accounts.  In this case, MPA will have direct access to Pershing’s clients’ accounts through the Pershing platform and will logon to the UMA system and handle the UMA overlay function in place of the client.

According to the article:

UMA programs drew in a record $76.1 billion in flows in the fourth quarter of 2016, boosting total assets to $618 billion, according to research from Cerulli Associates. This was driven by some big sponsors, Merrill Lynch and Morgan Stanley, shifting assets from other platforms such as single contract separately managed account (SMA) and mutual fund wrap programs.

While large sponsors are playing a shell game by moving assets from one pocket into another, Pershing’s in-house TAMP, Lockwood Advisors, has seen assets drop:

Lockwood [Advisors] has lost more than two-thirds of its sponsored advisory program AUM over the past three years. Lockwood had $6.2 billion in AUM at the end of 2016, down from $21.3 billion at the end of 2013, according to Cerulli data.

(Side note: when The Bank of New York purchased Lockwood Financial Advisors back in 2002, they had $7.6 billion in AUM.  After 15 years, they are pretty much back where they started.)

The drivers behind this asset drain are many and cannot be blamed solely on anything Lockwood did.  One big factor has been clients leaving the Pershing Managed Account Services (PMAS) platform and moving to competitors.  Over the past three years, Envestnet has grabbed clients such as SunTrust, MetLife and PNC from PMAS.  (See 5 Serious Concerns About the Envestnet Acquisition of Yodlee)

A number of these clients were acquired when Bank of New York bought the global investment servicing business of PNC Financial Services Group back in 2010.  They weren’t Pershing customers for very long before jumping ship.

Pershing’s partnership with MPA may be an attempt to mitigate some of Envestnet’s advantages in overlay management and tax efficiency.  Envestnet’s purchase of Placemark Investments in 2014 gave them a patented tax optimization technology, battle-tested staff and well-defined processes.  MPA has built their own tax optimization technology that has a strong reputation that could help Pershing attract business from trust companies and other firms with HNW and UHNW clients.

I was contacted for a quote on this article by Danielle Verbrigghe, which I was happy to provide:

For many firms, implementing a UMA program it makes more sense to outsource operations to a third party overlay manager, rather than taking on that function in-house, says Craig Iskowitz, founder and CEO of Ezra Group, a strategic consulting firm focused on wealth management technology.

“It’s can be more efficient to outsource your UMA operations to a TAMP or other provider rather than to do it in in house,” Iskowitz says.

For Pershing, the MPA partnership “gives them another arrow in the quiver when they’re going out and selling the platform,” Iskowitz says. “Natixis is very strong in tax management.”

Everything I said here is true, but a lot of other things I said had to be edited out due to space limitations. Pershing already has a program that gives their clients access to 14 or 15 TAMPs including Assetmark, Clark Capital, FDX Advisors (a subsidiary of Foliodynamix) and Envestnet Asset Management.

Envestnet is both partner and competitor.  The two firms also have to work together to service Envestnet clients that custody assets with Pershing.  To say it’s a complicated relationship is an understatement.

Pershing has had some big client wins in the past including Citigroup, which brought them around $30 billion in advisory assets along with a much larger amount of retail AUM.  But current clients and prospects are asking what they have done for them lately?

Pershing needs to keep building new functionality and integrations into their flagship NetX360 platform and offer more managed investment choices in order to stay relevant in the industry.  Otherwise, they risk being forced out of the business and becoming just another clearing and custody platform.