“The future is already here — it’s just not very evenly distributed”. When science-fiction writer William Gibson came up with this maxim in the early 1990’s, he was referring to how technological advances are unevenly spread across the globe.

The same holds true for technological advances across the fintech space.

Take Riskalyze for example. When the company was started back in 2011, few people could have predicted that someday this innovative startup would be turn the sleepy market for risk profiling software on its head. And yet here we are in 2017, where a recent $20M round of funding has the industry wondering what CEO Aaron Klein is building. Riskalyze might have started out as a risk analysis tool, but what will it grow up to be?

A recent article by Ryan Neal on WealthManagement.com looks at that question in some detail.

Will Riskalyze become the ultimate disruptor?

“[Kitces] was skeptical that Riskalyze’s partner store will be the ultimate disruptor because of the 10 basis point to 15 basis point fee they charge for it. He said firms like TD, which announced a model marketplace through iRebal, are more likely to succeed in creating this kind of platform because they make money on the underlying custody.”

I both agree and disagree with this statement.  I think the use of the term “ultimate disruptor” is a bit ostentatious.  The trend of direct-to-advisor model marketplaces has the potential to be disruptive.  For Riskalyze, they will have to deal with the transition from technology provider to investment manager.  (See Can Retail Model Marketplaces Challenge TAMPs for Assets?)

Even though TD Ameritrade makes money as a custodian, it doesn’t guarantee that their model marketplace will be successful. Their Goliath size can be a hindrance by slowing down the pace of innovation.  Imagine the number of review and approval layers in such a large organization? It comes as no surprise that smaller companies like Riskalyze tend to be more nimble. Case in point, TD’s marketplace, which was announced back in February, has yet to be launched.

Over the past few years, Riskalyze has shown themselves to be one of the most innovative financial technology companies.  CEO Klein has explained that, “We expect of our people that we will be more flexible, more nimble, and more innovative than a lot of our counterparts in the industry.”  (To read more about what motivates Riskalyze’s CEO to be the best, check out my interview with him in Winners of WealthTech: Aaron Klein)

I see nothing wrong with Riskalyze charging an asset-based fee for the use of models in the AutoPilot Partner Store. There are many different business models for delivery of investment models.  As long as Riskalyze is transparent about their fees and provides a value-added service, there’s no reason that advisors won’t pay for access.

The addition of an asset-based revenue stream is a huge benefit for Riskalyze.

For a technology company to grow revenue, it must continually add new users who pay the per-seat licensing fee. If Riskalyze is successful in its use of a hybrid model, they will be able to grow in synch with their existing user base.

Back to the WealthManagement.com article.

“[Kitces] argued that it actually might be cheaper to spend the fee for the partner store and choose models with lower expense ratios. He added that it looks like Riskalyze is trying to pivot from a wealthtech vendor into an ETF manufacturer.“

I agree that Riskalyze is pivoting. However, I am reluctant to describe the destination as “ETF manufacturer”. As I mentioned in a recent article on my blog, I believe that Aaron Klein is playing a bigger game than that.

“I expect Klein to keep driving his Sacramento-based development team to add all of the features and functionality necessary to make Riskalyze AutoPilot a complete, end-to-end wealth management platform.” 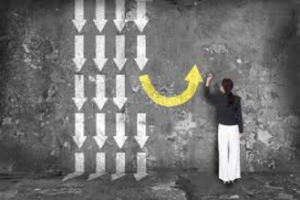 In my assessment, Riskalyze is creating their own advisor ecosystem. Its current offering has the basics of a complete platform starting with a risk assessment tool, a rebalancer, an ability to build models and a trading engine.  (See more on Riskalyze’s move to capture TAMP assets in Riskalyze Launches TAMP Aggregator at T3 Conference )

Detractors might say that much of the platform functionality is rudimentary. Sure, it may be simple, but it’s also clean and intuitive. Riskalyze has found a niche demographic of advisors who want a set of basic tools that work well and they are speaking directly to that market. Gaining initial traction is more important that the number of models available or bells and whistles. It makes sense to start small and learn from user feedback. Then rinse and repeat.

Eating TAMPs’ Lunch? Not quite yet.

Today’s Riskalyze claims they are not challenging large TAMPs for market share. Klein’s stated position is that he is not setting out to build the next big hub.

“There are always going to be advisors who want structure and support and other advisors who want freedom and control,” Klein said. “Advisors looking for structure and support will want to work with a TAMP, and they will be able to use Autopilot to access CLS, Morningstar and others.” “Conversely, if you’re an advisor who wants freedom and control, you do the trades yourself. That’s the advisor we’re serving with the next generation Autopilot.” 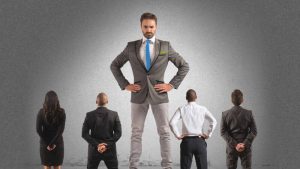 Riskalyze may not be actively positioning itself as a TAMP, but the reality is that every technology firm wants to be at the center of their clients’ infrastructure. When you are the “hub” it’s much harder to replace you. But when you’re just one of the products plugged into the hub, it’s much easier to un-plug you and plug in a competitor. (See The Battle for the RIA Technology Integration Hub)

I personally would not give a technology company $20 million in funding if they did not want to be at the heart of their clients’ daily workflows!

Klein’s diplomacy aside, co-opetition has been the industry norm for as long as I have been around. Technology platforms are so intertwined that vendors who are bitter competitors in some areas wind up working together in others.

For example, Pershing and Envestnet both offer portfolio management tools and TAMP services for advisors, but they must cooperate to support Envestnet clients who custody assets at Pershing.

Here is my analysis from earlier this year.

“They [Riskalyze] believe that their expansive partnership agreements (I’m guessing well over 100 by now) have made them the de facto risk profiling solution in the industry, which gives them leverage.  It will be needed since they have now entered the difficult and complex world of coopetition.  Everyone is both a partner and competitor, but everyone need to cooperate to ensure that advisors and their end clients are provided a high level of service.

Then there is the idea of hybrid TAMPS. Michael Kitces is right, the emergence of model marketplaces effectively “unbundles” the traditional TAMP offering for advisors who want a better balance of convenience and control. From that standpoint, Riskalyze has the tools to build a menu that will allow advisors to pick and choose functionality to perfectly match their needs. This is an idea that has a strong chance to scale and grow.

Riskalyze is blazing its own path

I believe that Riskalyze and its idea of a wealth management superstore has enormous potential. This is a big change for them because it is a big shift in their business model. However, the asset-based fees are a more scalable revenue source.  Advisors grow their business by helping in their clients’ success. It makes sense to expand that to their technology/model vendors.

“My advice to other technology vendors, wealth management platform providers and TAMPs would be to keep a close eye on Riskalyze,” Iskowitz wrote on his blog. “I expect them to move quickly to expand their offerings and try to grab market share from everyone and anyone.”

Riskalyze has been steadfast in expanding its functionality, developing innovative ideas and seeking user feedback for improvement. I do not believe that recent additions have diluted their focus. The AutoPilot model store is a natural progression in the client onboarding process after calculating a client’s risk profile. And Riskalyze’s history of collaborating with vendors via their 100+ partnership agreements sets them up for success.

TAMP or not, Riskalyze is a player to watch.